In July 1999, the channel announced that it will rebrand on the day of the new millennium. On August 2nd, 1999, a new branding appeared earlier than scheduled, and so did a new screen bug. The full rebrand took effect on January 1st, 2000 after a new set of idents/promos designed by GRFX/Novocom were put into effect. 3 months later, Mediaset refuses to Sell Kanalo 6, then the Channel was Currently owned by Sechtaiv Media. The new logo closely resembles a similar logo used by Viasat 6.

On November 1, 2017, K6 introduced its new graphics package. The new look was created by Lambie-Nairn. The idents' font is Montserrat. 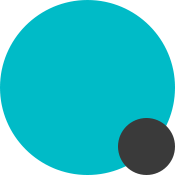